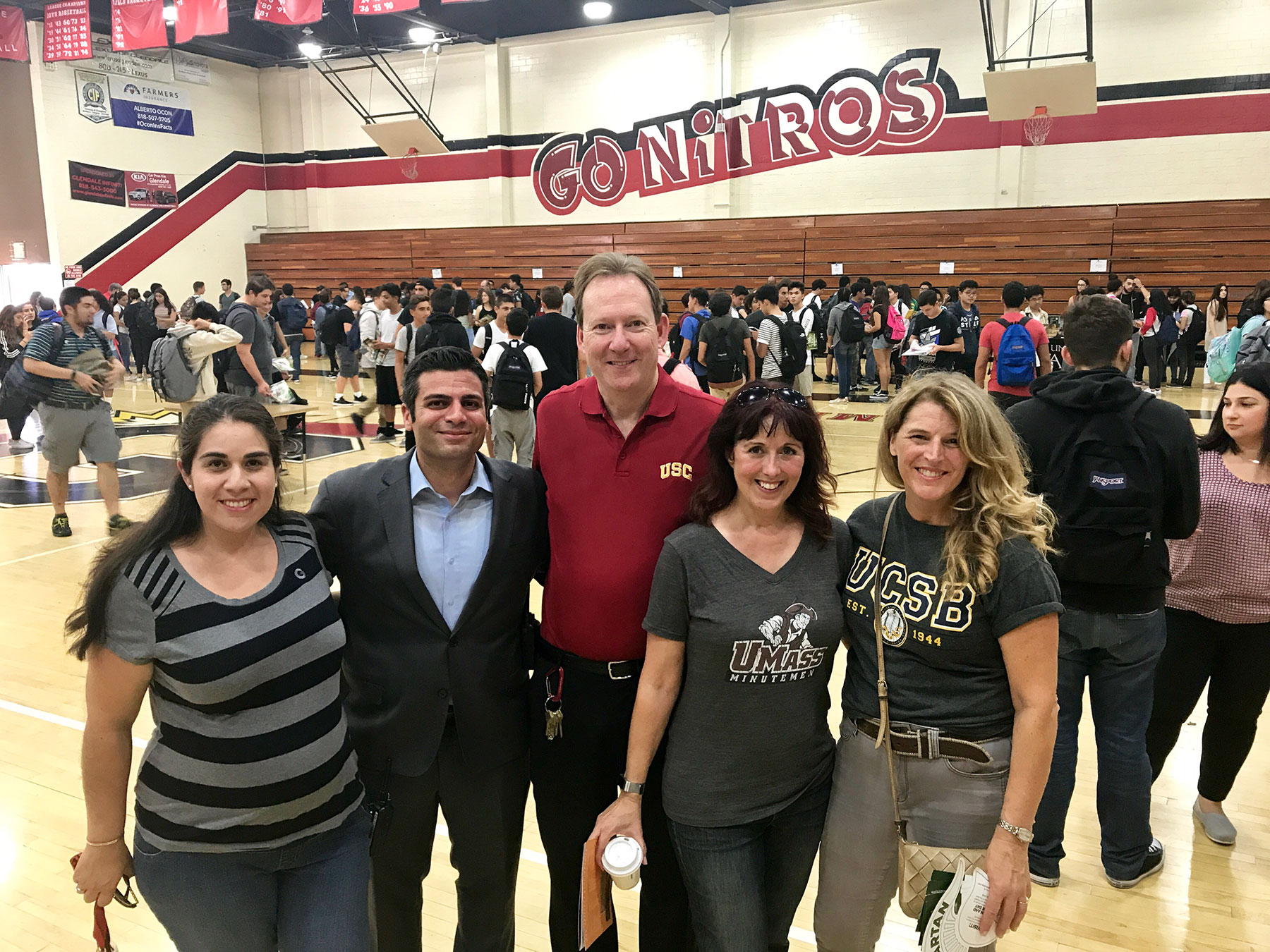 Glendale High School hosted its first on-campus college fair Wednesday, where 33 university representatives from throughout the country, such as UC Irvineand the University of Michigan, met with students.

The two-hour event was open to all grade levels, and nearly half of Glendale High’s students attended. Joining the hundreds of students were the school’s faculty and school board member Shant Sahakian, who all congregated inside the school’s north and south gyms to hear what college representatives had to offer.

Linda Guzik, director of communication for the school’s parent teacher student association, began planning the fair in June with help from the Regional Admission Counselors of California, a group of college admission professionals that represents out-of-state colleges and universities.

Guzik, a Glendale High parent, underscored the importance of providing information about various colleges and universities to all high-school grade levels early in the academic year.

Though the district holds its annual College and Career Fair at the Glendale Civic Auditorium in October, Guzik noted how some universities have earlier application deadlines to qualify for scholarships. For underclassmen students, she said, the event will help them have a better understanding of what it takes to be admitted into prestigious schools such as USC.

“It’s all about timing,” she said.

Since Ben Wolf took the helm as Glendale High’s principal in 2016, he said one of his goals was to encourage more students to head directly into four-year universities. He said he supports students who choose to attend community colleges, but he added that a lot of students “place barriers on themselves,” with high tuition costs cited as a main obstacle.

“We want them to see all their options,” he added.

As students roamed through both gyms, students, such as 15-year-old sophomore Alani Trujillo, filled out a “College Quest” worksheet that required her to gather information from three colleges.

Senior Matthew Clingerman, 17, walked away with an information pamphlet from the University of Michigan, saying it was the college that interested him most.

As for 15-year-old sophomore Ashley Rosas, she said the event helped her envision her goal of one day working in the White House as an environmental scientist or politician in Congress.

Though she has already set her sights on USC, she said the University of Maryland would be ideal because it’s located a few miles away from the White House.

“It’s really making me think of my future,” she said.