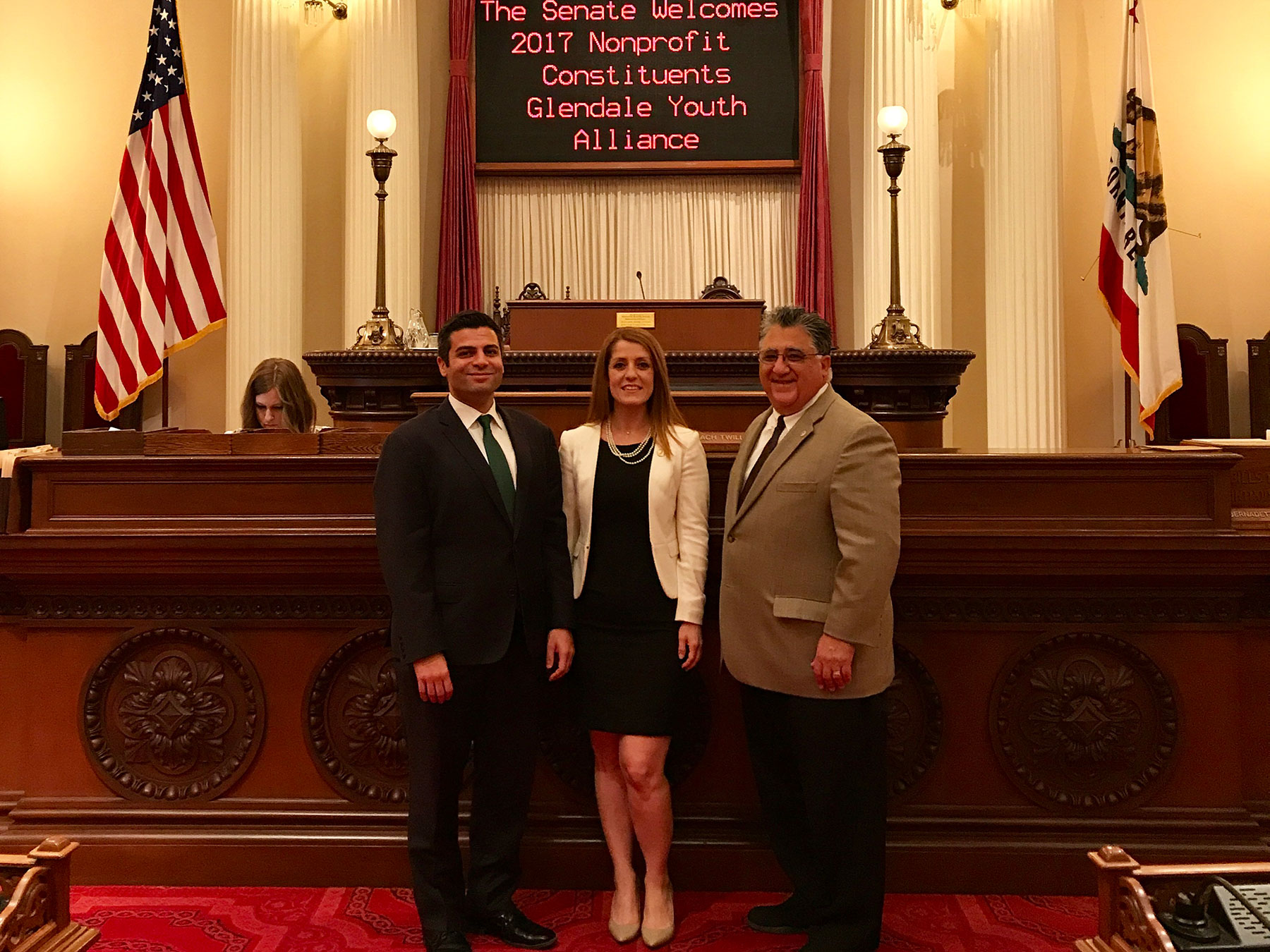 The Glendale Youth Alliance, a nonprofit that has helped at-risk youth with work programs and training for more than 20 years, was recently recognized by state Sen. Anthony Portantino (D-La Cañada Flintridge) as the district’s Nonprofit of the Year.

Since 1993, the alliance has provided jobs and workforce training for young people ages 14 to 24 who face significant barriers to employment such as being on probation, on the verge of homelessness and living with a disability. The nonprofit partners with area groups to provide various supportive services including transportation, clothing and meals.

A branch of the city’s Community Services and Parks Department, the nonprofit competes for funds annually, and its staff of eight serves between 300 and 500 youth a year.

“It’s really an important program because it not only provides them money and job experience, but it gets them off the street and on the right path when we get them the resources they need,” Grigoryan said. “We have tons of success stories.”

According to Grigoryan, a number of young participants from the past have gone on to start their own businesses and then return to offer hiring services to the alliance.

Grigoryan also said there is at least one former Glendale Youth Alliance participant employed in every city department. Most recently, the city appointed Elena Bolbolian, a former program youth, as director of the newly created Innovation, Performance and Audit Department.

“Thousands of young individuals’ lives have been transformed due to the Glendale Youth Alliance’s creation of partnerships between governmental bodies, educational institutions and the business community,” Portantino said in a statement.

The nonprofit is anchored by five programs that cover an array of life-skills training. The program with the most participants, about 140 to 150, is the Summer Youth Employment Program, which assembles teams to remove overgrown brush on city-owned land over the course of six weeks.

The alliance is working with a roughly $2.6-million budget for the current fiscal year. The money comes from four sources: grants, enterprise programs, the city’s General Fund and regular fundraising.

Although the budget will allow the nonprofit to serve roughly 350 youth, Grigoryan said the number of applicants has grown year after year and too often there are more young people applying than the alliance can accept.

“It’s always nice to have the work recognized because everyone works so hard in the office, and to have the recognition from Portantino was a big deal for us,” she said.