By Team ShantFebruary 8, 2022No Comments 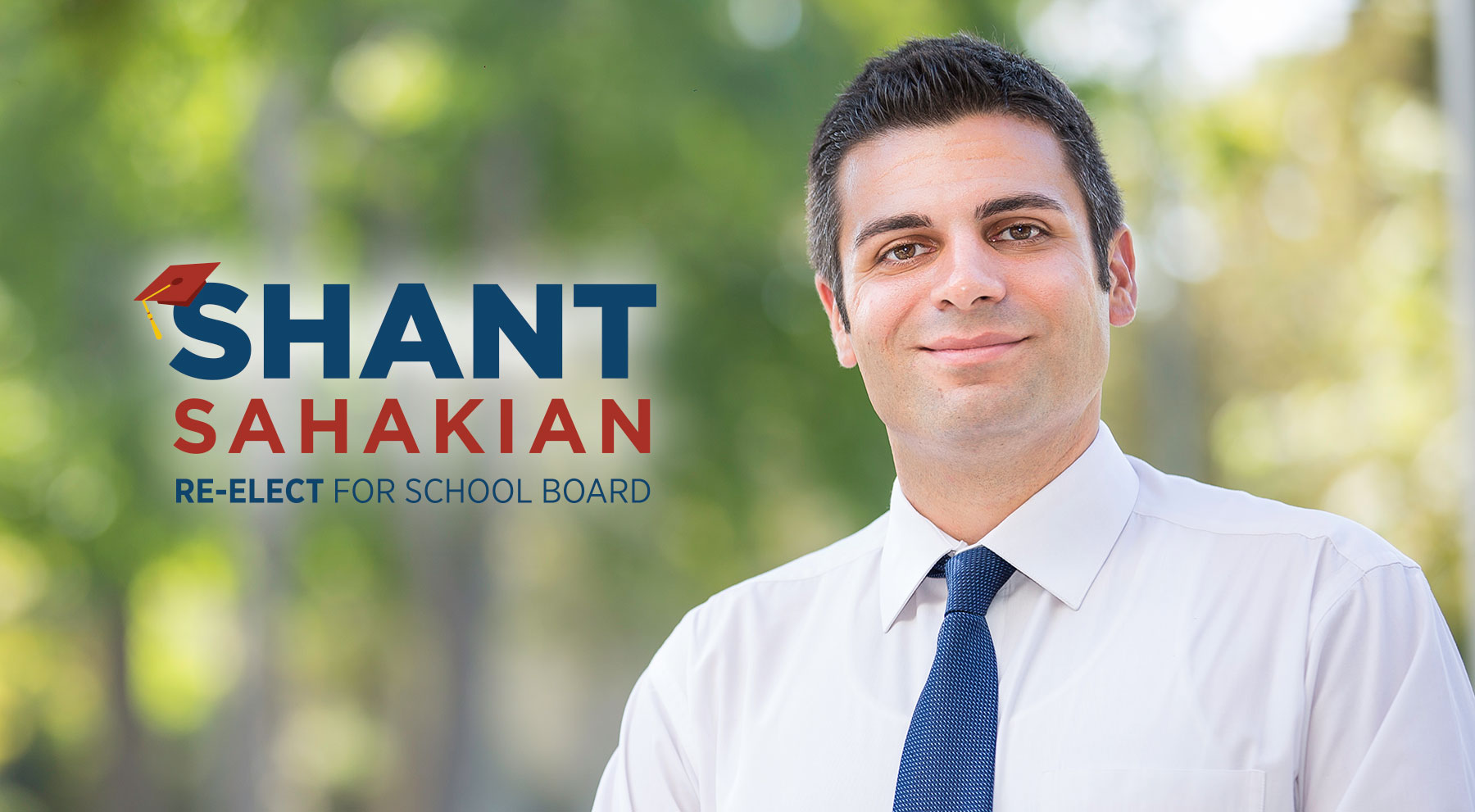 Glendale, CA (February 8, 2022) – Glendale School Board President Shant Sahakian has announced his re-election bid to continue serving the students, parents, and families of the Glendale Unified School District as a member of the Board of Education representing District D.

During his first term on the Board of Education, Sahakian advanced 21st century academic programs that prepare students for college, career, and life success, supported initiatives that promote healthy, safe, and inclusive schools for all, and provided strong leadership in governance, transparency, and accountability. During his tenure as School Board President, the school district implemented a full and safe reopening of campuses, made historic investments in school programs, people, and infrastructure, and adopted essential reforms including his term limits proposal for School Board members. He has been a tireless public servant who has worked together with students, parents, families, teachers, and staff to address the school community’s greatest needs.

“It has been the honor of a lifetime to serve our Glendale Unified community – but we have many more issues to tackle and much more work to do on the road ahead,” stated Glendale School Board President Shant Sahakian. “Together, we will build on our progress and ensure that each and every one of our students has the opportunities, resources, and support they need to reach their ultimate potential.”

Sahakian was elected to his first term in April 2017, becoming the youngest School Board Member and first Millennial elected in Glendale history.

He was elected in the City of Glendale’s first by trustee area election to represent District D on the Board of Education. District D is encompassed by East Glendale neighborhoods including Adams Hill, Camino San Rafael, Chevy Chase Canyon, Citrus Grove, Emerald Isle, Glenoaks Canyon, Mariposa, Somerset, and Woodbury.

His professional career began as a young entrepreneur at the age of 14 when he founded his own digital agency serving businesses and non-profit organizations with design and technology services. He currently serves as the Executive Director of the Armenian American Museum and Cultural Center of California in addition to his elected role.

He holds a Bachelor’s Degree in Graphic Design with a Marketing Minor from California State University, Northridge (CSUN) and a Certificate in Marketing from University of California, Los Angeles (UCLA Extension).

He and his wife, Suzanna, reside in Glendale, California with their son, Raffi Sebastian, and daughter, Lori Sidney.